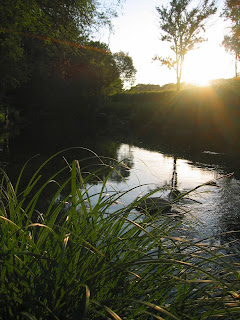 There is something that boggles my mind. Parenting and is quite a challenge in this day and age. It's a challenge with TWO parents, much less being a SINGLE parent. It's tough to watch kids grow up. They become more and more independent and seem to need you less and less as the years progress. The problem is that the more they grow up, the more they feel that they are so grown up that the respect for you as the parent seems to slowly drain away. Why is that?

Is it ok for you as the child to speak to the parent anyway you want, but get angry with them when they hold you accountable for it?

Is it ok for you as the child to sometimes snub your nose at them when they make a request of you, but just because it's "uncomfortable" for you, you gripe and moan about it?

Is it ok for you as the child to argue and fight with the parent because you disagree with them, yet require them not to raise their voice to you?

Is it ok for you as the child to mope and storm out of an area in the house and slam doors just because you disagree or dislike something that you were told?

I have heard the phrase, "You give respect, you get respect." But who is the one who defines respect for the family? Is it the child? Is it the parent? Actually, it's God. But who is the one who enforces that respect? Is it not the parent? If it is the parent, why do you as the child not offer that respect simply because you don't like the requirements? Where is the honor from the family to the parents? Where is it? Why does it feel as if the parents have to explain their decisions to those who are to be submitted to them? In the employment world, oftentimes there are decisions made by the boss that affects each and every employee and the employees are expected to follow the directives given, with or without an explanation. I am not advocating blind obedience, but rather a trusting of the office held by those parents that are doing all they can to follow the Lord. They are not perfect or flawless as parents, but they strive with all their might to be fair. So why, child, do you feel the right to respond to your parents as if they are your peer?

They are not your peer. Not to the extent you think.

Please note, child, your maturity is not a license to now begin to dishonor and disrespect the office of your parents. THEY ARE YOUR PARENTS AND DESERVE YOUR HONOR AND RESPECT, PERIOD. I'm not speaking of those parents who are idiots abusing their children and not caring. But is it wrong to think that those parents YOU KNOW are doing all they can to treat you with the respect that God requires, however flawed, and strive to be the kind of parents they were meant to be in God, to be esteemed higher than they are? Is that bad? And if so, why?

Why not honor and respect the office of a parent? The President of the United States may not act very stately, but there is a respect for the office of the President. Why has the role of the parent been made to be less than it should?

It's time for a change. Not a change to something more or something better, but BACK to something foundational. Let's be a family where there is clear leadership, honor, and respect. Let's go BACK to gracious speaking with one another in the home. It will be the best PROGRESSION we've ever made.