Reflections on How Cool God Is... 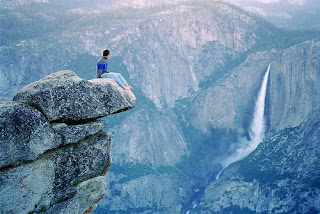 So many times, stuff happens, ya know? I was sitting in my office and some friends walked in with a guest. As I stood there talking to them, the Lord began to reveal some things about the guest, whom I'd never met before, to encourage them with. Now, I had just gotten back home from a major ministry trip with Paul Wilbur and had been met with our only vehicle being out of commission. We had no money to cover the repairs. I had a fight going on in the inside to just stay positive. And when you have to fight to stay positive and had just poured out of your spirit for 6 days straight, it really is a challenge. You're tired physically and still have to hear God to minister to others.

Kinda tough at times under those conditions.

But along comes the Holy Spirit to help. As I stood there conversing with them, the Lord began to show some things in this friends life that He wanted to encourage over. He began to speak as this tired keyboard person began to listen. He received the glory and a fellow member of the family of the Lord was encouraged and edified.

It's always amazing what the Lord can do even if you're not feeling like you're in a position to be used by the Holy Spirit. Just goes to show that it's not us, but it's all Him and however He desires to flow.

Just be available to Him even in your weakness.