"Welcome Into the Stuff" 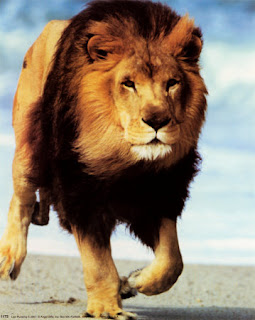 There's a little phrase that sits in a frame on my desktop that I have sitting in from of me everyday. The phrase reads, "The man who KNEELS to God can STAND up to anything." That phrase is something that I try to practice everyday, though I don't always succeed. I mean, sometimes I come into the office and am more focused on welcoming the day instead of inviting the Lord of the day. Know what I mean? That's something that I really want to change.

It's sort of like stepping into a gun fight without putting bullets in the gun (ha)! That's not a good way to fight, but it's a great way to get slaughtered! And when we neglect kneeling before the Lord to welcome Him into our stuff, we become powerless to fight against the things that hit us. But welcoming God into the midst of our stuff, whatever our "stuff" is, gives us a much better perspective on how to view it. He empowers us to stand up in the midst of the stuff because we are able to see it from His perspective instead of our own.

Consider Elisha and his servant in 2 Kings 6:13-18. They were surrounded by the Syrian army and the servant became deathly afraid. Elisha told the man not to fear for "more are with us than are with them." He prayed for God to open the man's eyes, and when he did, the man saw the mountains full of horses and chariots of fire surrounding the Syrians. One perspective was that of the "stuff" while the other perspective was that of the Lord. Notice that the perspective they gave their attention to was the deciding factor in their victory or defeat. And because they were enabled to "see" from a different perspective, they walked out in victory.

If you're going through the "stuff" today, I encourage you to welcome the Lord into the midst of it and see from His perspective instead of what you're facing. What does God say about it? How does He see it? What's more is how does He see YOU in it? If you are willing to believe foudationally that God loves you, that He has your best in mind, that He's for you and not against you, that He is working on your behalf for good and not for evil, and are willing to fight for those foundational convictions, you will have positioned yourself to see CLEARLY from His perspective. These foundational convictions are to be the backdrop of our lives in Him from the beginning. The enemy knows this and tries to discredit God in our hearts all the time. If he succeeds in doing that, he weakens us at our core and then attacks with a vengeance.

Welcome God into your "stuff" today and see the salvation of your God. He's for you.