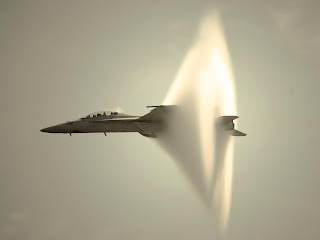 There is a favorite song I have that was written by my friend and brother Ron Kenoly which says, "If you catch hell, don't hold it. And if you're going through hell, don't stop!" Catchy, isn't it? Yes, catchy, but true. Many times when we face difficult and challenging times, the enemy tries his best to get us focused more on the difficulty than the promise of victory from the Lord. He loads us with discouragement and tries to dishearten us continuously. And because we become weary in the fight, many times he succeeds in getting us so focused on our pain that we just settle for the situation as it is. And if we give up and stop fighting the battle set before us, we trade Jesus' peace for the devil's chaos. That is NOT God's plan, nor His desire. One of the devil's most powerful weapons is that of persuasion. If he can persuade us into thinking a certain way, his way, he snares us. But if we hold on tightly to what we have believed even in the midst of struggles, we WILL come out on the other side standing stronger and taller than we did when we went into it. God has called us to be effective vessels of His glory and it behooves us to be fully convinced of who we are and Who's we are on a continual basis. Remember Daniel 11:32 "...the people who KNOW THEIR GOD will be strong and do great exploits." Pressing in to know the Lord daily will cause us to stand up in that reality and fortify us against the onslaught of the enemy. But many times we DO continue the fight and continue to stand, and it seems nothing is happening. That can cause us to become discouraged and disappointed. Listen, friend, God understands and knows that. It is NOT a light thing to Him. Many times we DON'T understand what's going on, but when I don't understand, I try my hardest to turn my fight towards fighting for His peace toward me instead of trying to understand. See, I believe that when we "fight" to understand instead of "fight" to remember, we exert energy that would be better spent on fighting for our peace in Him. And the harvest of THAT fight is a stronger fortification of our confidence in His love and promises toward us. And that, in turn, empowers us to remain victorious over the onslaught of the enemy. I remember something that my Pastor friend, Pastor Danny Chambers, told me a long time ago. He said, "When you go through a transition, KEEP YOUR PRAISE HIGH AND YOUR SERVICE STRONG." Keeping our praise high positions us in a place where the Lord can release His presence on our behalf, for the Lord, "inhabits the PRAISES of His people." Know this: Where the Lord has rulership, His word has the FINAL jurisdiction. Therefore, we enthrone the Lord on our praises and He in turn lays down a judgement against the enemy that is attacking. And just like Daniel, after praying for 21 days to understand the visions given him, was told that the day he set his heart to understand, the answer was given, sot it is with us. From the day we set our heart to enthrone the Lord on our praises and persist in it no matter how long it takes, His judgement against the enemy becomes effective and begins to reap a harvest. So take courage, my friend. It may be excruciating for you right now. It may be horribly tough. But remember: "IF YOU CATCH HELL, DON'T HOLD IT. AND IF YOU'RE GOING THROUGH HELL, DON'T STOP!!" Go THROUGH to the other side and stand strong. You ARE going to make it! Shalom, Greg